Camilo Córdoba, born in Buenos Aires (Argentina) in 1982. He has studied at E.M.P.A (Buenos Aires – Argentina), where he did the Jazz and Tango career.

Learn how to play Tango with a professional tango musician 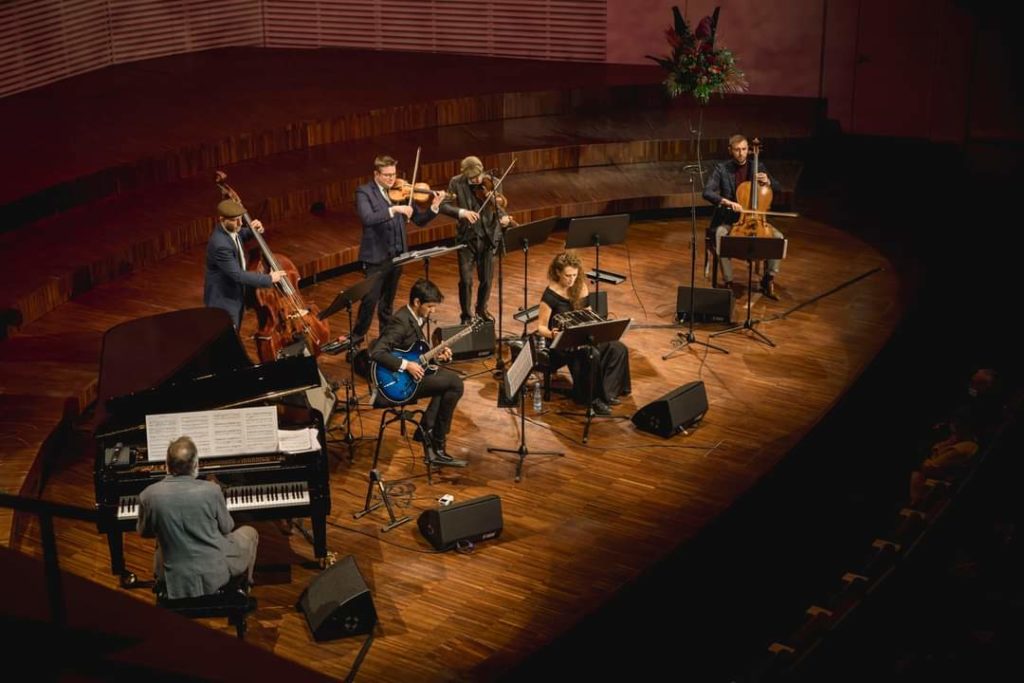 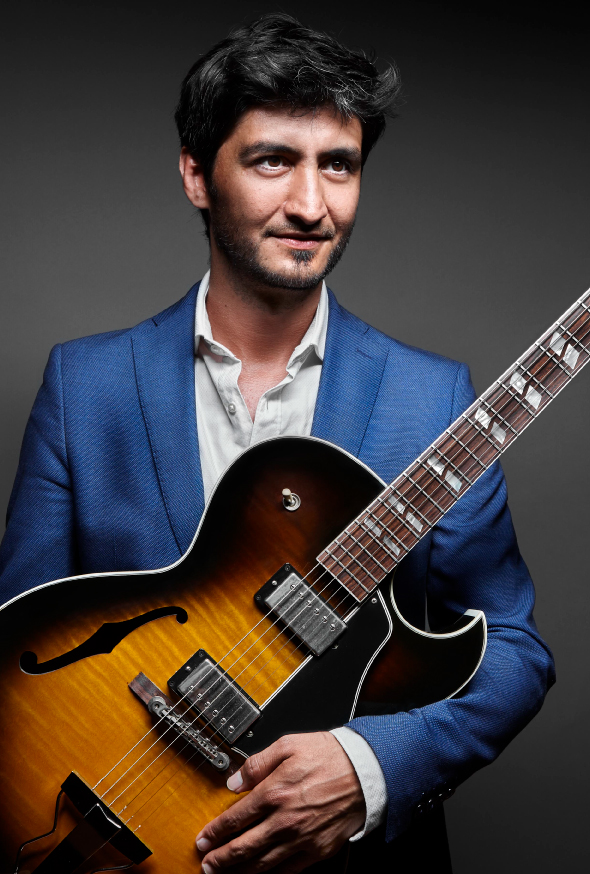 Born in Buenos Aires, Argentina, Camilo is one of the most renowned and active tango guitarists in Europe nowadays.

He studied tango and jazz at the EMPA conservatory (ARG) under the teaching of maestros Anibal Arias, Javier Cohen, Guillermo Klein, among others.

He is a founding member of the famous tango-fusion group VIOLENTANGO, with whom he has toured more than 70 times internationally (2005-2015) throughout Europe, South America and North America.

In 2015, he moved to Brussels, where he joined the ensemble SONICO (BE), with which he travels around Europe at a rate of about fifty concerts per year.

To get in contact, please send an email to camilcordoba@gmail.com, or leave a message using the form below.

Arranged by Astor Piazzolla for his Octeto Buenos Aires.

On the occasion of Astor Piazzolla’s hundredth birthday, the renowned Brussels tango ensemble SONICO previews its latest album at Klarafestival.

Piazzolla – Rovira: The Edge of Tango reconstructs the music of the first avant-garde tango group: Astor Piazzolla’s mythical Octeto Buenos Aires. As the tango nuevo was not a revolution of one, SONICO also performs music by the  Argentine composer Eduardo Rovira and his Octeto La Plata.

The Octeto Buenos Aires , formed in 1955 by the Argentine composer Astor Piazzolla  is known as the pioneer in the creation of a new genre called “tango nuevo“, an approach to tango which, until then, had been dominated by the traditional “orquesta típicas” of the 1930s and 1940s. Nevertheless, it wasn´t a solitary revolution.

SONICO’s project seeks to show a bigger spectrum of this movement through the figure of the Argentinian composer Eduardo Rovira and the Octeto La Plata.

The scores of the Octeto La Plata were partially lost during the La Plata (Argentina) flood in 2013 and Piazzolla burned his own Octeto Buenos Aires music in Punta del Este (Uruguay).

This programe is based on the recovery by SONICO of the Octeto Buenos Aires and the Octeto La Plata scores, which has been lost until now.

Piazzolla and Rovira performed on the same evening only once, on March 8, 1966 at a venue called Gotàn. That night, Astor Piazzolla and Eduardo Rovira produced one of the most unforgettable chapters of the musical history of Buenos Aires.

SONICO wishes to bring back to the present this key moment that brought together both avant-garde tango creators for the first and only time, more than 50 years ago.